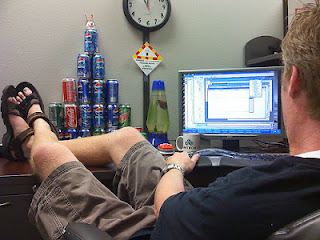 This guy is dressed just fine. . .  if he's at the park on a Saturday afternoon with his kids, or mowing the backyard.


Welcome to The Average Guy's Guide to Style!  This blog will be all about how average guys -- guys who aren't swimming in money, guys who don't necessarily look like models or movie stars, guys who aren't interested in jumping on the latest men's fashion trend bandwagon, and yet still want to look good -- can pull their 'look' together by assembling a modest, versatile wardrobe that is based on classic men's style***. 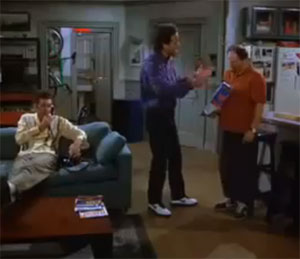 Jerry asking George to consider what he signals to the rest of the world by appearing in public dressed in sweatpants.

Now, there are already hundreds, if not thousands of related style blogs and websites out there in cyberspace telling you how to do this or that.  And while some of those present useful information on dressing well, many others somehow fall short for a variety of reasons.  Some blogs present information on the latest, most cutting edge fashion trends in shoes and clothing, usually aimed at very young, very thin men.  The main problem here is that, high prices notwithstanding, much of that stuff will seem dated and even funny looking five or six years from now.  Then there is the matter of age and body type to consider.  If you're over 25, or you've got a more typical adult male physique, it's best to leave this sort of thing to the whip thin models featured in GQ and Esquire magazines. 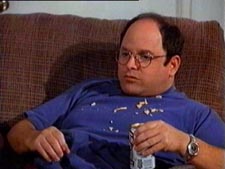 Yes, we laughed at George's sloppy appearance and occasionally boorish behavior on Seinfeld, but is this really how we want people to see us?


Other men's style blogs have as their focus expensive, custom-made (bespoke) clothing and shoes, which is fine.  There is often considerable information about male attire here to be had here.  And who wouldn't like to have a pair of $1000 English dress shoes made from custom lasts for his feet alone?  But the trouble with these blogs, together with the clothing and apparel they promote, is that they appeal only to a select niche of enthusiasts, the kind with deep pockets.  But let's be honest.  Most of us average guys just don't have that kind of money, so there is little of practical use for us when it comes to building an economically feasible classic wardrobe. 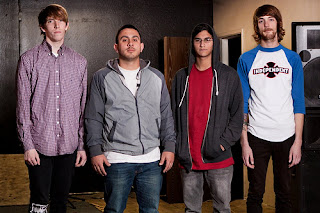 The band Casual Friday, illustrating part of the problem.  If you're 12 and playing Xbox in the basement rec room with your best buds after school, ok.  But if you're in your 20s, 30s, or 40s??!!


Finally, there are the many other blogs that advocate a particular 'trad,' 'ivy,' 'preppy,' or WASP lifestyle and the attire that, apparently, should go along with it.  Once again, that's fine if this is your particular area of interest.  And to be fair, I routinely read several such blogs that present interesting style points in a light, engaging way.  Other blogs in the neighborhood are more rigid in their world view and approach though, to the point of suggesting that followers should dress like caricatures from a humorous book or movie about the upper crust summering on Martha's Vineyard, circa 1955. . .  or they aren't dressing correctly.  You know the sort of thing, "This is how a real WASP should dress," or "Only authentic Mainline preppies  should wear that type of jacket," or "You really shouldn't bother with madras shorts unless they were purchased at the Andover Shop before 1960.  They're top drawer, I tell you.  Top drawer!" 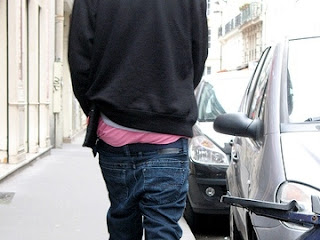 The ubiquitous "prison chic" look.  Ugh!  Again, is this how we want to be perceived by people we pass on the street, in malls, on campuses, in airports, and movie theaters?  Not only does dressing more nicely help us to feel better about ourselves, it has a direct effect on how others perceive us and our abilities. 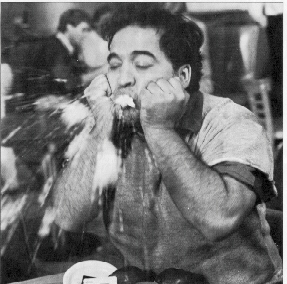 "That boy is a P-I-G pig!"  Sure, we might not act like 'Bluto' in National Lampoon's Animal House (hopefully), but how we dress (along with our behavior) speaks volumes about us as men to the rest of the world. . .  and not always in a favorable way.

The Average Guy's Guide to Style will not stray into territory that pits one brand of clothing against another either, arguing that vintage Jos. A. Banks and Brooks Brothers  have it all over garments produced by Corbin or Cricketeer, for example, or that off-the-rack clothing is inferior to custom made garments and detailing exactly why.  No.  You can find that elsewhere.  The Average Guy's Guide to Style will present plain, reasoned, and practical advice on how to dress better, something lots of us need help with these days.  And you'll learn how to do that without breaking the bank.  It's entirely possible. 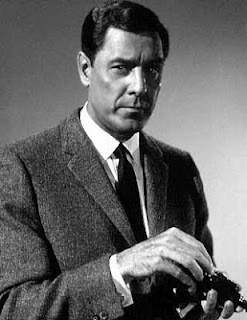 Craig Stevens, the actor who played Peter Gunn on TV from 1958-61.  The most laid back, best dressed jazz cat there ever was.  The guy simply oozed cool.


I'm aware that talking about clothes and improving one's appearance makes lots of guys nervous though, so I'll keep it low-key and and relaxed here at The Average Guy's Guide to Style.  But we aren't talking relaxed fit jeans and sneakers either.  Nope.  Our particular focus and aim is to help average guys kick up their style a notch or two, learn to enjoy dressing, feel better about themselves in the process, and project greater confidence.  It's helps us average guys make a better, longer lasting impression on others. . .  at home, on campus, at work, and on the street. 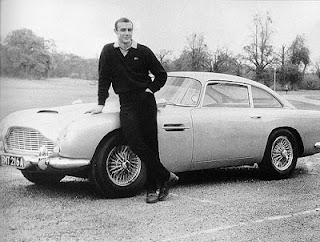 The classically casual James Bond.  No other actor has managed to pull off the nonchalant attitude like Sean Connery, an average guy from a humble background who had quite a bit of coaching to prepare for the role of Ian Fleming's Cold War super spy.  Still, I'd be willing to bet, this is how many of us would like to be seen -- calm, cool, collected, and in complete control of any situation.


So, let's declare an end to the era of sloppy  'business casual' and 'blue jean Fridays' with their grubby khakis, over-sized golf shirts, and ragged jeans.  Let's restore a tiny bit of attention to, and refinement in, our dress and behavior.  They grease the wheels of life, making social interaction easier and more pleasant both for us and those around us.  If you're interested in leaving the sweats, saggy pants, cargo shorts, flip-flops, hoodies, and backwards baseball caps behind, and you want to (re-) introduce a more polished, classic 'look' and style into your professional and personal lives, then you've come to the right place. 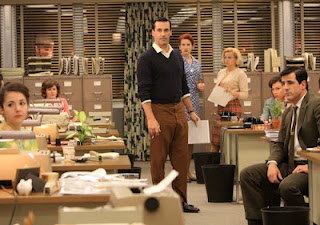 Don Draper at the center of things on a Sunday night at the office.  Forget for a moment that Mad Men is a period piece set during the early 1960s.  The clothes worn by John Hamm above would be just as appropriate and at home in a business casual environment today, or indeed many other contemporary settings, as they were then.

***Let's make the distinction between 'fashion' and 'style' at the outset.  Fashion is fickle, fleeting, and subject to rapid change.  Style, on the other hand, is enduring and constant.   Clothes with classic styling will look good on a guy at 17, 25, 50, or 80.  Classic styling looked current in 1960, and continues to do so.  Current fashion (ultra skinny suits with high-water pants and short, tight coats), while some very young guys might be able to pull it off, will appear highly dated just a few years down the road.