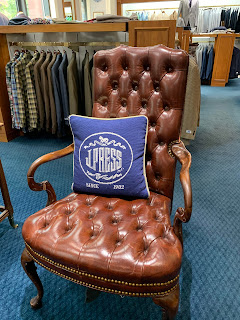 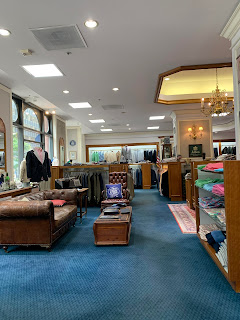 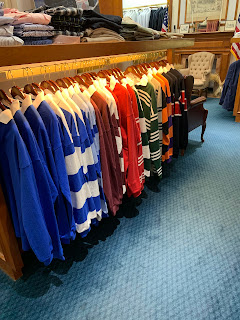 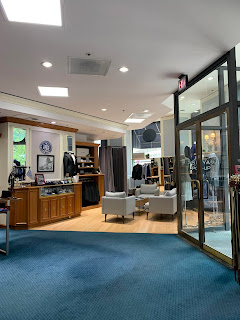 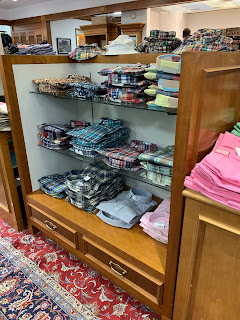 Last Thursday, among the other errands we had to address before leaving for North Carolina, my sister and I dropped by the D.C. branch of J. Press to have a look and for a little necktie shopping.  Sis lives about five minutes away by car, so we combined the trip with a jaunt down Embassy Row, which was interesting in and of itself.

At J. Press, we were assisted by two delightful associates, one of whom has a Spanish-speaking father and an Italian-speaking mother.  Before I realized it, my sister and he were chatting away in, first Italian and then Spanish, before I asked a question about ties, and the conversation returned to English.

I knew already that my sister has an impressive command of Spanish, but I had no idea she was also highly conversant in Italian!  It makes sense since the two languages are in the same family.

All in all, a fun side trip, and I will certainly drop in again on my next visit to the city and my sister.  Just the right kind of sales assistance, from two well-dressed young guys.  Knowledgeable, helpful and friendly, but not in one's face the entire time either.

I left with a knit silk tie in navy with dark green horizontal stripes by the way, a definite hole in the rotation.  Hopefully, I will have the chance to wear it before the fall semester kicks off in about two months.

In the meantime, we are only about one week into summer proper, so let's enjoy the chino shorts, Madras shirts, and worn leather deck shoes just a bit longer, eh?

The photographs were taken by my sister using just her iPhone.  However, it is worth noting that she is an experienced professional photographer (one of her many talents beside her corporate curricular work) with a mountain of gear and other equipment at home.  You can certainly see that in the way she shot these photos.