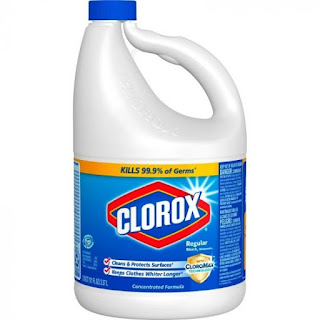 Kills 99.9% of germs.  And, very likely, 99.9% of the people who might ingest it somehow simply because some ignoramus wandered off-script once again and gave voice to whatever half-baked thought drifted into his head.  Calls to poison control centers around the U.S. have been on the rise during the last several days.  It is difficult to  fathom and almost incomprehensible that there are actually people out there who might entertain using cleaners and disinfectants like this in the wake of the president's latest gaff last week.  As tragic as that desperate reality is, it does not say much for a certain segment of the electorate who might seriously consider drinking, snorting, rinsing with, or injecting household cleaners like Lysol, Clorox, and others.


Leading others effectively is a delicate balancing act of many things.

In more specific detail, we should prepare ourselves to lead by being proactive.  We must practice and cultivate the art of informing ourselves through careful research and observation.  We need to listen to the advice of those who might be more well-versed in a particular subject area or skill set than we are.  We should, in addition, give careful consideration to everything we hear, read, and observe around us.  Likewise, we ought to think before we speak and keep our message -- in whatever form that might take -- calm, consistent, and coherent.  It should also go without saying that we work to establish an atmosphere of mutual respect and maintain civility even when others do not.

There are, of course, additional hallmarks of effective leadership.  We should, if we aim to lead effectively, practice critical thinking about any issue facing us for example.  We also need to weigh various options against possible outcomes.  Moreover, we ought to seek and strive to build consensus whenever possible, too, through the art of compromise. When we eventually make a decision one way r another, we must stand behind it and take responsibility for that choice even if or when things go awry.

But we're not done yet. boys and girls.  Honesty, integrity, and frankness also figure into leading effectively.  Moreover, have the confidence to say "I don't know" instead of dancing around all over the place through a confusing word salad without ever responding directly to questions put to you in the mistaken belief that you are fooling everyone.  Even small children pick up on that and can recognize that something isn't right.  You are probably fooling no one in truth.  Above all, effective leaders need to practice humility, empathy, and leading by example.  How much of that have we really seen in recent months?

How else might we lead with style and grace?  Definitely NOT through wishful thinking, reactive, stream-of-consciousness blather from which it is difficult to parse any real meaning.  Functioning as an effective leader means that we should also avoid blaming others for our own failings.  On the contrary, we must make certain that we don't sink to name-calling and ad hominem attacks.  Neither do we fall back on repeating the same narrow talking points over and over again ad nauseam.  We do not stray into specious, deceitful arguments either.  And we certainly do not make a habit of meeting unanticipated challenges, disagreement, or push-back with contentious belligerence.  Effective leadership, it is also worth pointing out, also steers well clear of just plain wrong, ill-informed, and dangerous decisions or omissions for the sake of convenience.

Last, effective leadership does not consist of braying like an ass to the world when things go well for us.  Habitually conducting oneself like an intellectually challenged, emotionally unstable, and irascible buffoon is not at all the way to lead, folks.  We're capable of much better.  We deserve far more.


-- Heinz-Ulrich
Learn more about The Foundation for Critical Thinking here!