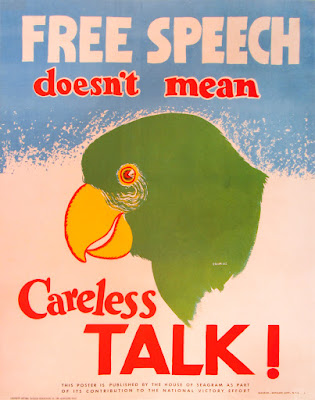 Especially about the personal details of our lives.  There is a lot that OUGHT to be kept more private in 2022 than has become the accepted norm for many.  With the conscious and intentional cultivation of classic style in mind, however, we want to avoid oversharing and keep a bit more of ourselves to ourselves.  Exactly what personal information and how much of it to keep private seems to be a slippery concept though.  Here’s my take based on what I was told and observed as a child and young person at home.

Basically, one should keep oneself to oneself in all respects (finances, personal worth, accomplishments, politics, sex, dirty laundry, etc.).  As my late father used to advise when we were very small, and I am talking preschool and kindergarten, there were particular subjects that were not discussed outside the immediate family.  There is a time and place for sharing certain details of one’s life, but most of the time, those should be played very close to the chest, or at least kept within the inner circle.  And, depending on what we are talking about, possibly closer than that.   It just makes good sense.

Being kind and gracious to new introductions and established acquaintances from the outside is a given of course, but becoming intimates takes time.  Maybe even years.  But the habit of making one's private life instantly public and vomiting up the most intimate details within 10 minutes after meeting someone for the first time seems rife in 2022.

The tendency to overshare to the point of awkwardness might just be an American thing though along with the ubiquitous "Have a great day!" delivered at football stadium volume.  Does this apparent preponderance to reveal too much too soon stem simply from the fact that we have nothing else to talk about when in a social situation?  Are we simply so uncomfortable and thrown off when we meet new people that we blurt whatever comes most immediately to mind without thinking?  Is it the current societal obsession with being authentic that leads us to jettison one more social convention in our misguided haste to seem "real" and "approachable" to others?  Or do we overshare habitually for some other reason?

Rhetorical questions you understand, but I suspect a combination of things is at work.

In any case, and generally speaking, oversharing is not something I have run into as much during time abroad in Northern Europe and Latin America.  In social situations, my experience has been that locals and family friends have been open, friendly, curious, and even humorous without straying into awkward territory.  There is certainly a difference though between being friendly and being a walking, talking information dump.  Many in the U.S. cannot seem to make that distinction in the era of routine and habitual oversharing of our innermost personal information.  It is as though we are always talking to our analyst or therapist.  Except that we aren't.

Of course, the problem predates the internet and rise of social (?) media, but it has become more pronounced in the last 30 years or so.  In a nutshell, overfamiliarity is off-putting at best.

I am unsure whether or not behaving in a way that is more reserved than has become customary for so many is necessarily old fashioned, old money, or something that just the ultra rich do, but the practice of keeping more of yourself to yourself can’t hurt.  It is certainly preferable to smothering people one has just met and/or does not know that well with the less than savory minutia of one’s past and present lives.  Or vice versa as the case may be.

Consider the following.  Do we really need to know, upon meeting for the first time, that W is an atheist, hates neckties to a near pathological degree, and has always been conspired against by evil colleagues in various places across 30+ years?  That X has poor self-esteem and married (secretly) for the first time while still in high school?  That Y was in therapy for years because of “a really bad professor” who gave him/her/them a bad grade in college?  Or that Z is/was an exotic dancer and has children by three different men without long-term commitment of any kind featured as part of the equation?

Wouldn't a simple "How do you do?" be preferable?

As the saying goes, some things are just better left unsaid.  Or ought to be.  More of us than do should go about our daily business and be a tiny bit more circumspect in what and how much we broadcast to others.  A little bit of mystery is a good thing, and maybe even preferable depending on how sordid the details.  Too much information.

Of course, I both overstate and generalize above, but you understand the point I hope.  The main thing to take away from this brief discussion is that too many seem to set their minds on frenetic autopilot when they meet new people for the first few times.  And often what comes out of their mouths is, or should be, embarrassing upon later reflection.  It’s certainly uncomfortable, from a listener’s point of view, to be on the receiving end of these nervous monologues.   While I am no shrinking violet, I am invariably left wishing I knew far less about whatever W, X, Y, or Z has blurted out in casual conversation about their lives.

Sigh.  My late maternal grandmother used to advise that such individuals were our cross to bear.