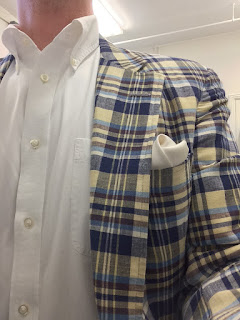 A selection of personal photographs today, from various late spring and summer seasons gone by, that illustrate how to beat the heat while looking somewhat more presentable than most men traipsing through life in 2019. 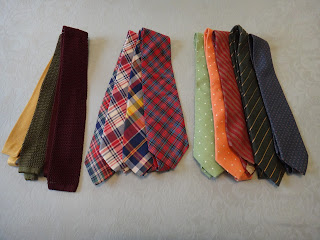 A selection of warm weather neckties.  The three at far left were purchased new over several years.  The rest were thrifted or, in the case of the four cotton Madras numbers at center, purchased from a vintage clothier. 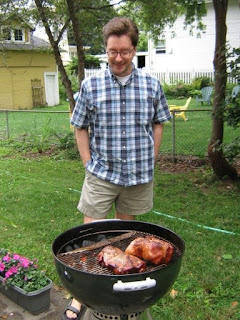 A nod to my North Carolina roots.  Yours truly barbecuing two pork shoulders during Memorial Day weekend in 2008.  Red slaw and hushpuppies with copious amounts of sugary Lipton iced tea completed the meal once the pork had cooled enough to pull for sandwiches.  This was back in the days when The Grand Duchess and I could still find the time to ride 200 miles a week on our road bikes between May-August, so we were able to inhale as much of the stuff as possible in a sitting without worrying about the sheer number of calories.

Yours truly in his old basement office just a month of so before we decamped for Mid-Michigan in June 2015. 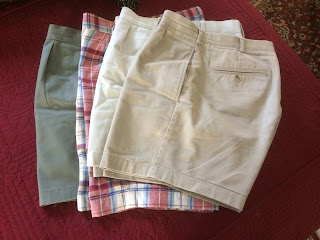 A few pairs of shorts that see considerable wear between May and late September each year barring the odd chilly, rainy day or two. 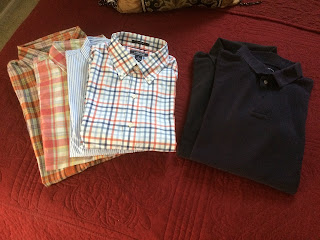 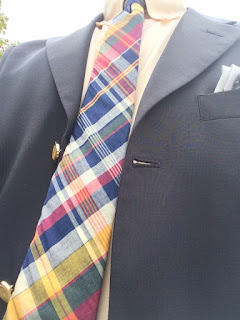 One of the vintage Madras neckties shown above.  This one, by Rooster, was actually made in Sri Lanka. 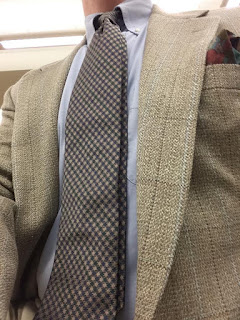 A linen sports jacket from Southwick that is usually paired with a lighter colored pair of odd linen pants. 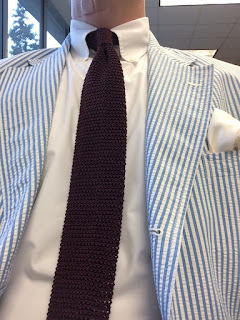 The upper half of vintage seersucker suit from Abercrombie & Fitch before it became the purview of the junior high school set, as cool as the Polo linen suit that hangs next to it in my wardrobe.

A Belvest cotton suit worn with a panama hat.  Yes.  I could be an extra in the hotel lobby scenes from The Maltese Falcon.