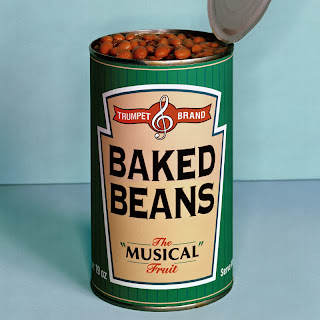 Ha, ha.  Funny, funny.  What are you, eight years old?  There's really no need for adults to discuss our very personal physical issues, whatever those might be, with anyone other than our physicians.

Prevailing wisdom used to suggest that one refrain from the discussion of things like politics, sex, and religion in polite company.  Given our current era of, apparently, everyone feeling the need to overshare the most unpleasant details of their lives, I'll add another item to that list.  Physical issues.  Ick!

Some of us do not want to, and don't need to know, about your lactose or gluten intolerance, your Celiac Disease, Diverticulitis, Spastic Colon, or whatever else garlic, fruit, legumes, or just too much beer might cause your intestines to do.  For God's sake, keep it to yourself!  No one wants to hear about that.  Really.  As my extended Southern-tinged, North Carolina family used to say if it ever came up, which was not all that often, "Nice people don't talk about things like that." And there is something to that.

Presumably, guys, we all want to be thought of as nice people and pleasant company by both the old and new acquaintances in both our personal and professional lives.  So, if you are of a like mind, let's resist the trend and urge to share absolutely every last detail of our lives with virtually everyone, especially the physical ones.  It's crass.  If your doctor asks, sure.  Spill your guts.  Squeal like a stuck pig.  Sing like a canary.  Tell him or her all about it.  Otherwise, let's find something else to talk about instead.  You aren't a primary school-age kid anymore, so let's stop acting like it.  And it's not like there are not plenty of other things under the sun that might provide more appropriate and more interesting adult conversational material.

"Like what?" you might inquire.  For starters, open up a newspaper like the New York Times, Chicago Tribune, Philadelphia Inquirer, Washington Post, Los Angeles Times, the International Herald Tribune, or the London Times for example.  The Sunday editions are particularly good if national and international news aren't your thing, although an average guy looking to kick up his style a few notches ought to cultivate some knowledge in those areas too.  Just some food for thought on this lovely, chilly and bright Sunday afternoon.