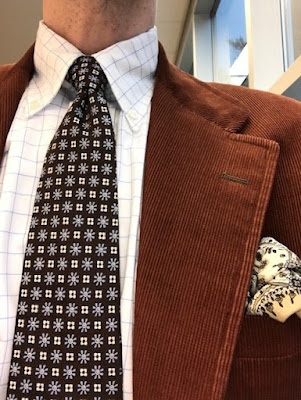 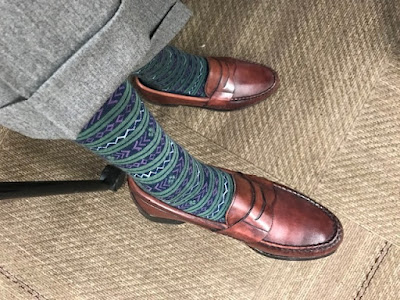 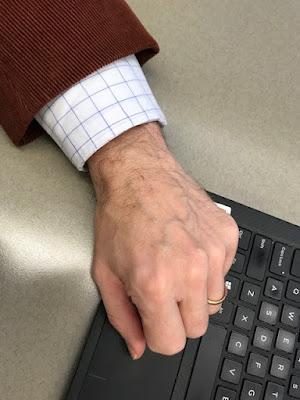 It's funny what you occasionally will dig out that you forget you had.

Such was the case with today's shirt, purchased from Mercer and Sons last winter at some point, and the Brooks Brothers Makers necktie, which I chose because it goes with the jacket and almost looks seasonal if you squint just right.  The little asterisks might be mistaken for snowflakes.

And the socks seemed to work reasonably well although I think brogues might have suited them better than penny loafers.  But, ah well.

Tomorrow is the last day of (asynchronous online) classes this semester, and then the gallop begins to calculate and turn in final grades.  I have resolved not to answer any resulting peevish, whiny student emails in December-early January either.  Not exactly kind, but if they were that worried about their grades, they should have talked to me, oh, I don't know.  October or early November when there was still time to turn things around?